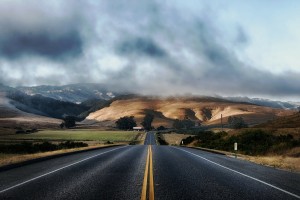 SNP MP Drew Hendry has called on the UK government to prioritise rural areas for mobile phone coverage as it is revealed Scotland has over a thousand miles of roads without phone coverage.

The RAC Foundation report highlights how drivers who break down on over 1200 miles of Scotland’s roads cannot call for help because there is no mobile phone coverage.

Commenting on the report findings, Drew Hendry MP, who has long campaigned for a universal service obligation for mobile services, said:

“I have been calling for the UK Government to prioritise rural areas for the release of the 5g mobile spectrum which is only a few years away. They must commit to ensuring that there is a “Universal Service Obligation.”

“The research commissioned by the communications regulator Ofcom showed that drivers who break down on over 1200 miles of Scotland’s roads cannot call for help because there is no mobile phone coverage.

“The RAC have pointed out a key safety issue for those travelling through much of the Highlands, this is especially worrying when the weather is so poor and the roads are particularly hazardous. In a time when we rely on our phones to do so much, it is inexcusable that there are still be 400 miles of Highland roads where we cannot even make a basic call or send a text.  Mobile phone companies should be held to a universal service obligation which will  ensure that all parts of the nations of the UK have adequate mobile coverage.

“There are not only safety but social and business issues affecting those areas where mobile operators have yet to have any incentive to cover. There are major benefits to our economy and to the well-being of our people that have been denied to many and far too slow to catch up for others, it has been going on since 1991 when 2g was first launched and the same lack of attention must never be allowed again.

“This report highlights perfectly just why it is so important that decisions on mobile coverage are taken with a view beyond just making quick and easy income for the treasury.”