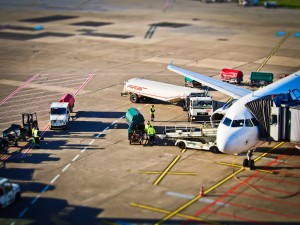 The SNP have accused the Prime Minister of putting political convenience ahead of the UK’s connectivity following news that there will be a further delay on the decision on runway capacity.   SNP Westminster Transport spokesperson Drew Hendry MP has tabled an Urgent Question in the House of Commons condemning the way the UK Government has by-passed parliament completely in the way it made the announcement – despite a clear assurance from the Transport Secretary just hours before – that would not be the case.

Mr Hendry said the Prime Minister had failed to show any leadership on the issue and was being held captive by his own backbenchers and London mayoral candidate as the political row about airport expansion has become too difficult for him to manage.

”This delay is all about splits within the Tory party ahead of the Mayoral elections next May and David Cameron is putting political convenience ahead of the UK’s connectivity.

“We were promised a decision before the end of the year, but the Prime Minister has bottled it.   “The way this has been announced is also grossly discourteous to Parliament and I have tabled an urgent question on the shambolic way this vital issue has been handled by the government. The commitment from the Transport Secretary on Thursday morning could not have been clearer. He assured us that the House of Commons would – rightly – be the first place to hear the proposals. That is clearly not the case – possibly because it is so politically toxic for the government they needed to avoid debate – but it is no excuse for this shabby treatment on such a key matter for the UK economy.

“I have already asked the Prime Minister to step up and make a decision once and for all and not back track on this hugely important decision. He has failed – and is running scared from his own party colleagues. Instead he should show some leadership and finally get this sorted. This is yet another case of Cameron saying one thing and doing another for his own party’s advantage

”A new runway is constantly being promoted by the UK government as a national infrastructure project – with huge ramifications on air connectivity for Scotland, Wales, Northern Ireland and the regions of England and it will have massive impact on travel, exports, growth and jobs across the four nations of these islands – not just London and the South East of England.

“It is in everyone’s interest that a decision one way or another is made – and the UK is fast becoming a laughing stock as other international airport hubs across Europe benefit from this utter standstill.”