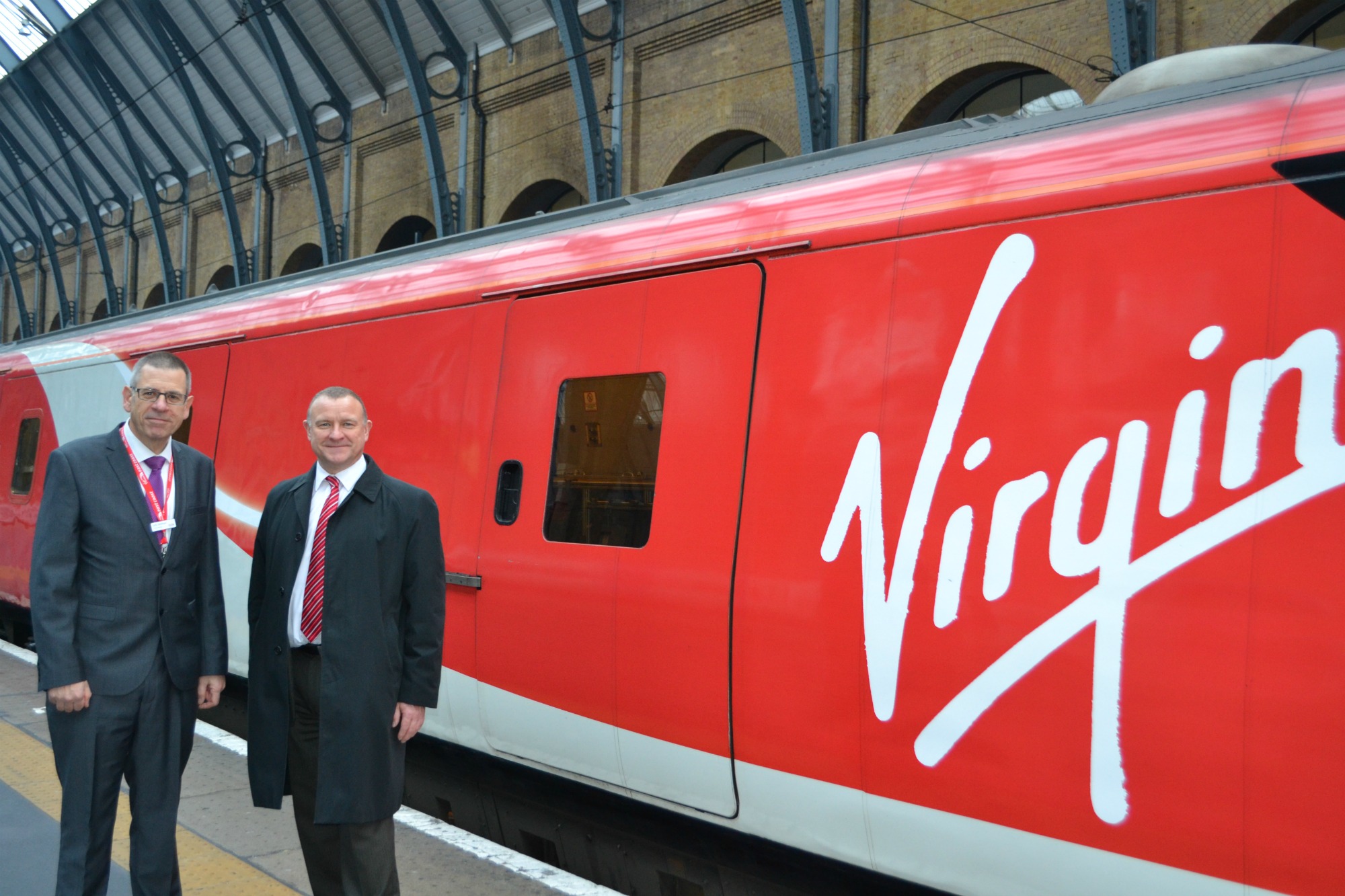 Drew visited Virgin Trains at Kings Cross Station as part of his Industry and Parliament Trust (IPT) Fellowship* exploring the UK’s transport sector. Virgin’s East Coast service stretches 580 miles from London to Inverness**. With over 20 million passengers a year the East Coast Mainline is an essential train route linking London and Scotland and is a service relied on by thousands every day across Northern Scotland.

Upon arrival at Kings Cross Drew met Gary Smithson, Virgin Trains Station Manager, and spoke about the process of turning a train around. With over 155 services each weekday it is essential that every train is restocked, cleaned and prepared as quickly and efficiently as possible in order to make sure the service runs on time.

Drew was then taken to the signal box, which controls the extensive network of railways and the thousands of trains travelling on the tracks each day. The visit concluded with Drew trying out Virgin Trains’ state-of-the-art train driver simulator.

The simulator is used to teach prospective train drivers how to operate one of Virgin’s trains and provides a valuable opportunity for employees to familiarise themselves with the train’s cab and handling experience. Over 15,000 people applied for 78 positions to drive Virgin’s new Azuma trains that will be taking to the East Coast Main Line from 2018.

Drew’s visit helped him gain an in-depth understanding of Virgin Trains East Coast and his Fellowship is allowing him to explore the UK’s transport infrastructure that connects Scotland and the rest of the UK.

“I had a truly fascinating time at Virgin Trains on Wednesday. I know first-hand that the East Coast Mainline service provides a vital link for many of my constituents and many others across Scotland and the rest of the UK. I would like to thank all of the staff from Virgin that I met who were incredibly welcoming and helpful.

“It was a real pleasure to host Drew and show him just a couple of the elements that go into serving customers on the East Coast Main Line. With his Transport brief, Drew was of course very engaged in hearing about the big plans we have for our new Azuma fleet and our expanded timetable that will add an extra 12,000 seats, boosting capacity by 28% during the peak into Kings Cross. I would like to express my thanks to the Industry and Parliament Trust for helping to organise this visit and building a bridge between parliamentarians and businesses like Virgin.