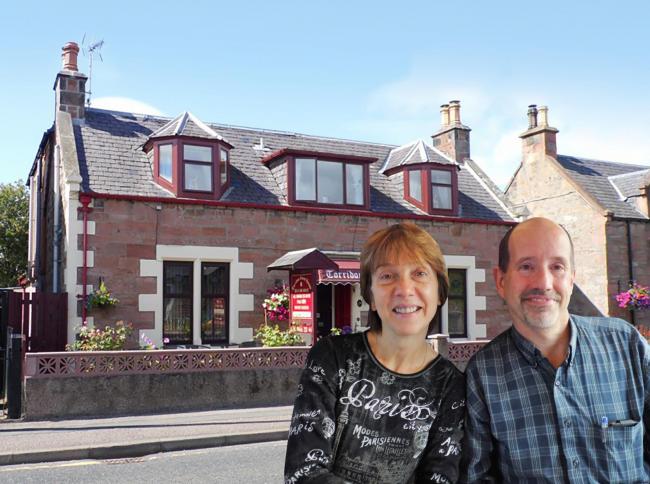 SNP MP Drew Hendry has slated Home Office officials for demanding that, a popular Inverness couple, the Felbers make arrangements to leave the UK within 30 days. The couple received the notification by letter, amongst their cards from family and friends, to their Inverness bed and breakfast only a week before Christmas.

Inverness, Nairn, Badenoch and Strathspey MP Drew Hendry has said that the UK Government’s treatment of the couple is another signal of the UK governments manifest lack of understanding of the Highlands and its people.

Russell and Ellen Felber originally from New York came to the Highlands in 2011 to fulfil their dream of owning and running a Guest House. Since then they have invested hundreds of thousands of pounds to set up a thriving business in the Highland Capital. Whilst this hard work and dedication has been recognised by tourism rewards, customer reviews and many repeat visitors – earlier this year the Home Office denied their application to remain in the UK despite the couple responding that they have fully complied with all previous visa conditions.

Now, just days before Christmas, they have been sent a letter that informs them they have a mere 30 days to leave the UK and they face stark consequences if they don’t comply. This comes in spite of assurances from the Immigration Minister he would look into the case following a meeting in November with MP Drew Hendry to which there has been no reply.

The SNP MP for Inverness Nairn Badenoch and Strathspey commented:

“This is yet another case where a couple, working hard, being successful and adding to our community and local economy are being forced out of the Highlands by a ruthlessly dogmatic home office.

“To see yet another case of folk, valued and welcomed by their neighbours, being treated so heartlessly is just another signal of the UK governments manifest lack of understanding of the Highlands and its people.

“The stress and personal anguish inflicted on Russel and, especially Ellen, is devastating.

We have, as in other cases, sought to work behind the scenes to seek sense but these approaches have been swept aside by what can only be described as the brutal “notice to remove” delivered amongst the Christmas cards from the Felber’s friends and neighbours. In spite of the fact that the couple have quietly and cooperatively worked with the immigration authorities they have been met with a brick wall. I have, again, asked for an urgent meeting and have written to the Minister, Robert Goodwill MP, seeking a halt to this order whilst further discussions take place”