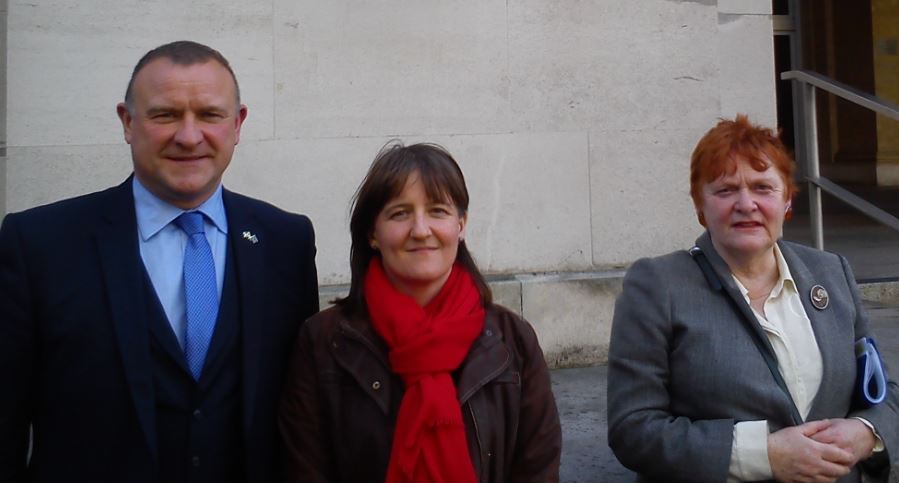 Local MP Drew Hendry, Leader of the Highland Council, Margaret Davidson and Highlands and Islands MSP, Maree Todd today met with Mark Lancaster, Minister for Veterans and Armed Forces to discuss the future of Fort George.  The meeting follows months of speculation that Highland base is under threat of closure in the current round of defence reviews.

Earlier this year, a task force was set up by Highland Council and local politicians to save the base from closure. Since then a press & journal petition signed by over 6,000 people was handed into Downing Street by the Press and Journal and MP Drew Hendry.

“Whilst the meeting was constructive, it is disappointing that we still have no firm answer from the MOD on such an important issue. Following our discussions, the Minister can be left in no doubt about the military, social and economic value of Fort George – both to our local economy and to our armed forces.  We have urged him, yet again, to put an end to this uncertainty and to seriously consider the potentially damaging impact of this decision on the Highlands.”

“It was a very worthwhile meeting and gave us an opportunity to clearly articulate a very sound case for maintaining the last army barracks in the Highlands. I hope that the MOD now understands the importance of Fort George to the Highlands and the wider economic impact of removing the base. We understand that the Review is very long term and I hope that our representations will be taken into account when it comes to making a decision.”

“I represent the Highlands and Islands, which includes both  Fort George and Kinloss. The loss of either of these bases would have a devastating impact on the region – already at risk of depopulation. If the MOD were to pursue plans to close the bases, it would also leave us in the ludicrous position where we would have bombing ranges and nuclear subs yet no military personnel.”