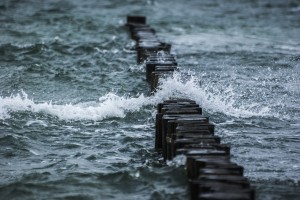 Drew Hendry MP for Inverness, Nairn, Badenoch & Strathspey and shadow Transport spokesperson for the SNP has today called on the UK Government Transport Minister to meet with Highlands and Islands constituency MPs to discuss their concerns around the current of provision of Emergency Towing Vessels (ETV’s) serving the Northern Isles and Minches. Since the Government’s 2010 Spending Review, the Minches and Northern Islands have been serviced by only one Emergency Towing Vessel, based in Kirkwall.

The removal of the Emergency Towing Vessel, previously based in Stornoway, means that it could take hours for emergency assistance to get to a vessel in distress, particularly on the west coast. The need for reinstatement of adequate emergency provision has been demonstrated many times, and was evident in October of last year when the MV Parida caught fire while carrying a shipment of nuclear material from Scrabster to Antwerp. There was significant concern as the vessel drifted towards the Beatrice oil platform off the coast of Wick and the oil platform had to be evacuated. Had the owners of MV Parida not secured a commercial tow to the Cromarty Firth the consequences for the environment and local communities could have been devastating.

“For too long the safety of people in the Highlands & Islands has been put at risk. Coastal protection in an area of significant maritime importance is critical.

“The incident concerning the MV Parida last October further highlights the risk posed by not having adequate provision of Emergency Towing Vessels. If the near miss of a vessel carrying nuclear material is not enough for the UK Government to take action then we are in a very worrying place. Myself and colleagues from neighbouring constituencies want to have constructive discussions with the Minister to see what can be done to reinstate an Emergency Towing Vessel in the Minches as a matter of priority.”

Angus MacNeil MP for Na h-Eileanan an Iar has campaigned for the Emergency Towing Vessel to be reinstated at Stornoway since its removal, he added:

“For too long the UK Government has not taken its maritime responsibilities in Scotland with the seriousness it deserves. Tugs are a maritime insurance policy to protect life and the environment, this Tory Government is unwilling to pay those premiums for Scotland”