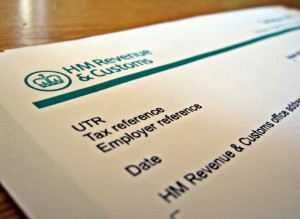 Ten employees of the HMRC Debt Management & Banking team face the loss of their jobs as HMRC re-open a further round of redundancy consultations in the Inverness based office. In April of this year the department already shed fifteen Inverness based jobs when employees, faced with the prospect of compulsory redundancy HMRC staff took voluntary packages.  The employees are part of the PCS union, who are representing the 200 employees nation-wide affected by the departments restructure to eighteen regional offices.

Drew Hendry MP for Inverness, Nairn, Badenoch & Strathspey, who has written to the Chief Secretary to the Treasury on behalf of the employees, said:

“I am deeply concerned that the HMRC are taking yet more vital jobs out of the local economy and this recent round of redundancy action will leave ten constituents without jobs.

“On virtually the same day I was contacted by the employees about the redundancy proceedings I received a newsletter from the HMRC telling me debt was on the rise.  It therefore beggars belief as to why a team of highly experienced debt handlers would be at risk of losing their job.

“I have written to the Chief Secretary to the Treasury to ask for an urgent meeting and I will continue to work with the PSC union representatives and the team at HMRC to try and secure these vital jobs.

“Many of these women have family commitments and are unable to travel elsewhere for work and nor should they have to. If the Government wishes to restructure this department then it should look to alternative opportunities for this local skilled team rather than making ten members of staff unemployed.”