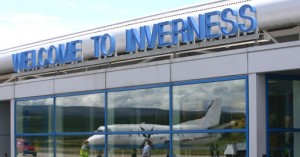 The increase of almost 10% in passenger numbers across 11 Highland and Islands Airports Limited (HIAL) airports is very good news. That Inverness, alone, has seen nearly 24000 extra passengers in one quarter, is also extremely positive.

Undoubtedly the addition of London Heathrow and the new KLM carrier link to Amsterdam Schiphol has sent a clear signal to the business world that the Highlands is well and truly open for business internationally.

Inverness airport is increasingly becoming one of our most vital social and economic assets and the effects of its growing success will be felt across the Highlands & Islands economy.

A big congratulations to the team at HIAL, they really are connecting the Highlands and Islands to the rest of the world!

I raised the early day motion, below, in parliament to recognise this terrific result.

“That this House welcomes the announcement by Highlands and Islands Airports Limited that the second quarter of 2016 has seen an additional 36,225 passengers at the 11 HIAL airports across Scotland; in doing so recognises this is an increase of 9.3% compared to the same period in 2015; further welcomes the 128.4% increase in user numbers at Dundee airport and notes the success of the new London Heathrow and  Amsterdam Schiphol  flights in connecting the Highlands to the rest of the world, resulting in a 23,756 increase in passengers at Inverness Airport.”