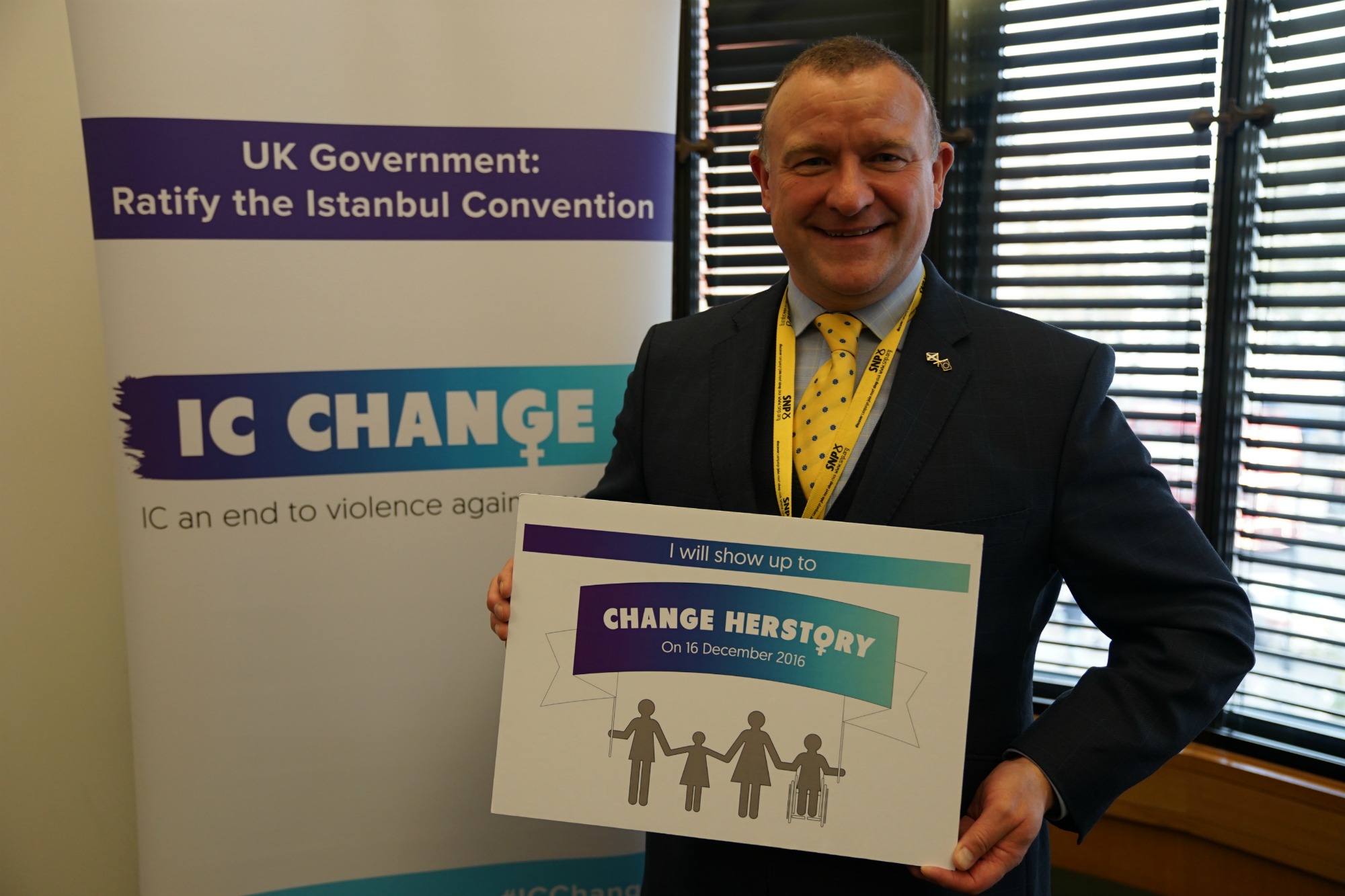 Drew Hendry has pledged to support an upcoming Private Member’s Bill (PMB) which would require the UK Government to legally commit to providing a better framework for addressing violence against women and girls, by making the Istanbul Convention law in the UK – if successful. This legislation requires the UK to take measures to prevent violence against women, protect women experiencing violence, and prosecute perpetrators.

This Bill, brought forward by SNP MP, Dr Eilidh Whiteford, has cross party support and if it becomes law would see the UK take a major commitment to ending gender based violence and taking the next steps in securing a safe future for women and girls.

MP Drew Hendry, who is also an ambassador for Inverness Women’s Aid said:

“We should all want to see an end to violence against women and girls in Scotland, in the UK and anywhere it takes place, there are no excuses for it and the time has come to back this up with action. I am very pleased that Dr Whiteford has used her private members bill allocation to bring forward measures to ensure that the Istanbul Convention becomes UK law. I will be supporting it fully and I urge other MPs to do the same.”

Jenn Selby, a campaigner and survivor says: “When I think of all the brave women I’ve met on my way through the system, I wonder how many of them made it. The  current legal framework did more to see our perpetrators walk free than to keep us alive. This convention would end this.

Rachel Nye, Co-director of the campaign, says: “We need a strategic plan for addressing violence against women and girls, and the Istanbul Convention has already done the strategizing. We just need to put it into practice.”