A week may be a long time in politics but 15 minutes has proved how Westminster Parliament treats Scotland.

The past week will be remembered as the time, Ian Blackford, the SNP Group Leader at Westminster was banished from the House of Commons Chamber and I, and my fellow SNP MPs, left with him. A dramatic moment and, to most who have contacted me since, an important statement.

Yet most importantly it was the week, the UK Government and UK Parliament was exposed for its failure to represent Scotland.

First up, the UK Government allowed a mere fifteen minutes to debate removal of powers from the Scottish Parliament. Time enough to allow the Government Minister to filibuster to prevent any other Member of Parliament from making a speech. They even tried to defend the situation by blaming extended votes – don’t let them fool you, they know how these votes were going to pan out.

The Scottish Parliament – including the Labour Party, the Liberal Democrats, the Greens and the SNP – voted overwhelmingly to withhold consent for the EU bill because it sees the UK Government grab powers for devolved matters such as fishing and farming. Powers that rightly belong to the Scottish parliament. Only the Scottish Tories, who have voted against devolution at every step, were in favour of consent.

So, on an issue where the Scottish Parliament has refused consent on behalf of the Scottish people, the Tory Governments response was to allow fifteen minutes, taking away all opportunity for debate. The promised “Respect Agenda”  demolished in quarter of an hour.

Ian Blackford then used the only, legitimate parliamentary option left to secure debate – a weirdly structured rule to “ask that this house now sit in private” during Prime Ministers Questions.

People listening back can clearly hear the Clerk advising the speaker that a vote must be taken now, but the Speaker had already decided, wrongly, to throw him out. Although we knew Ian would raise the issue, we did not expect him to be removed. He was following the procedures – as archaic and bizarre as they are. When he was ejected, no discussion was required. This was wrong and we could not remain whilst he was excluded.

After the infamous 15 minute debate, Ian Blackford MP, asked the speaker what option was left to SNP MPs  to tackle this injustice against the Scottish Parliament and the Scottish people. Tory MP, Ian Liddell Granger shouted “Suicide” in response. Yet, he was not asked to leave or even reprimanded for his vile contribution.

Make no mistake, this is a Government and an Institution that fails the people of Scotland.

Some have chosen to label the event as a stunt. I believe, it was the only action left in the pursuit of democratic accountability when all other avenues, all voices of opposition, have been shut down.

Interestingly, many voices of support for our actions have come from people in the other nations of the UK, frustrated and feeling disrespected by torturously protracted Brexit shambles. Their voices are also being shut out. They’re rightly worried that a minority Tory Government has used its grubby cash deal with Northern Ireland’s DUP, to gerrymander the Brexit committees to create an artificial majority, and are now manipulating debating time in chamber. All designed to lock out meaningful debate and votes where the UK Government’s self-interest is their primary concern.

In a final act of a week of underlining just how unrepresentative Westminster has become, a Tory MP objected to a bill that would make the practice of “Up skirting” was due to proceed.

Thankfully, the Scottish Parliament made this vile practice of taking pictures, without consent up women’s skirts illegal in Scotland around ten years ago. However, much needed similar legislation in the UK Parliament, was halted by Tory, Sir Christopher Chope, using an archaic rule for this type of bill, by merely shouting “object” to halt its progress.

Last week in Westminster, is a week in politics that Scotland simply cannot afford to forget. 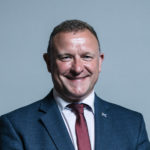