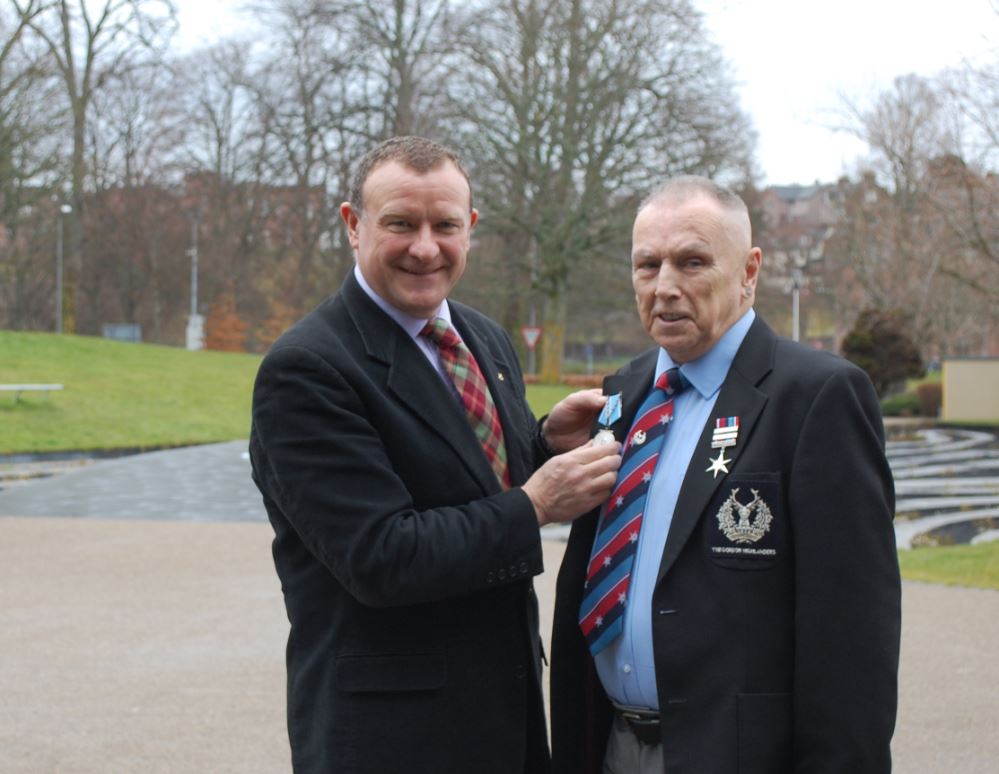 I recently had an unusual request when a constituent contacted me to ask me to go to the Russian Embassy and then make my usual 569 mile trip from London to Inverness with something very special indeed. 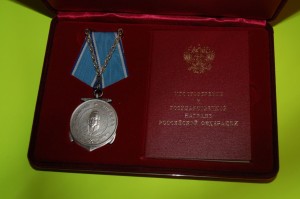 who lives in Inverness got in touch to ask that I present at the Russian Embassy on behalf of her family to collect the Ushakov medal awarded by the Russian Government to her grandfather, John Wilkinson for his heroic service in the Arctic Convoys in WW2.

Mr Wilkinson was born and raised in Preston, Lancashire with his brother and sisters and joined the Royal Navy in WW2.  He served on HMS Cavalier operating the QF 2-pounder Naval Guns during the Arctic Convoys where the Cavalier was awarded a battle honour. He later served on HMS Cleopatra in the Atlantic and
took part in the Second Battle of Sirte and Operation Husky.

The war veteran still lives in Preston, now aged 92 with his daughter Sandra but three generations of the Wilkinson family settled here in Inverness and his son Keith followed in his father’s military footsteps and served with 1st Battalion The Gordon Highlanders in the late 60’s and early 70’s. 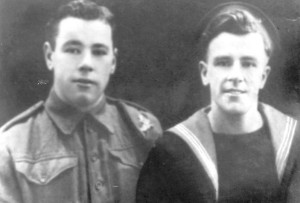 was awarded to 3,300 British Veterans for their service in the Arctic Convoys and between 2014 and 2015 the Russian Embassy held ceremonies in London and across the UK to unite veterans with their medals. However Mr Wilkinson always told his family that he was not interested in having medals and so never applied for his award.

That did not deter his family here in Inverness who are understandably very proud of John’s heroic service and never relented in wanting to see him awarded with the medal he so richly deserved. John had previously given his son Keith permission to apply for and wear his medals on his behalf so armed with John’s consent, Keith and his daughter Diane wrote to the Russian Embassy and contacted me to ask for my help.

My office liaised with Diane and made arrangements 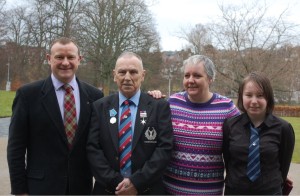 for me to collect the medal from the Russian Embassy in London. The medal then joined me on 569 mile trip back to Inverness where I was to pass to John’s son Keith, at the Veterans request.

It was my privilege to represent John and his family at the Russian Embassy and to be the guardian of his medal on the long journey back to Inverness. I know that seeing John’s heroic service recognised means a lot to Keith, Diane and the entire Wilkinson family.

John’s brave service, along with so many other veterans changed life as we know it today and it is really important that we never forget the sacrifices they made. I was pleased to play a small part in uniting the Wilkinson family with John’s medal as per John’s wishes.