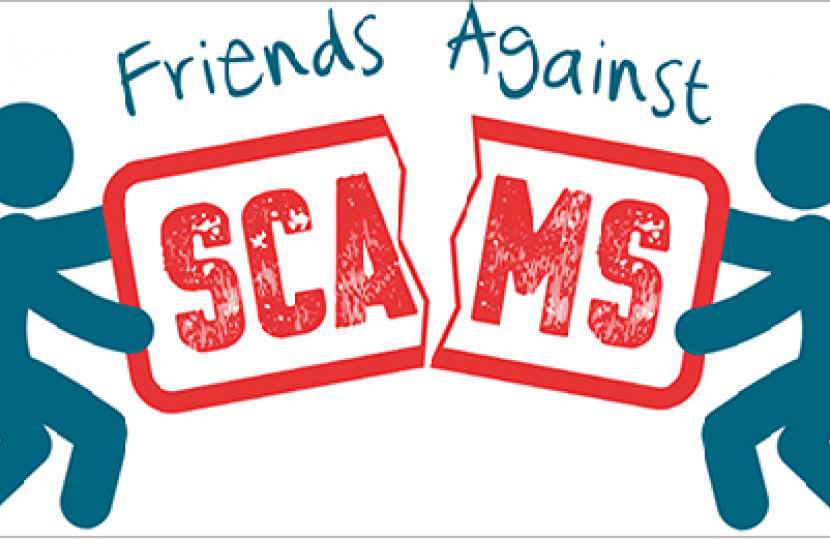 Drew Hendry MP for Inverness, Nairn, Badenoch & Strathspey has joined the Friends Against Scams campaign, an initiative that aims to protect and prevent people from becoming victims of scams by empowering communities to ‘Take a Stand Against Scams’.

As a SCAMbassador, Drew Hendry has joined the National Trading Standards (NTS) Scams Team, the Chartered Trading Standards Institute (CTSI) and others in a cross-party network to protect everyone from scams and the damage they cause. Drew will be able to work with members of his community in Inverness, Nairn, Badenoch & Strathspey and at a national level to educate and support those who may be vulnerable to scams.

Each year scams cause between £5bn and £10bn worth of detriment to UK consumers. In addition to the financial impact, scams can have a severe lasting emotional and psychological impact on victims.

“Scams often target the most vulnerable people in society but the reality is that anyone can become a victim of scams.

“Scams damage lives and can affect people financially and emotionally so it is with great pride that I have joined the work of the National Trading Standards Scams Team, the Chartered Trading Standards Institute and others such as Age UK, and the Royal Mail, who are working together to prevent people from being victims of scams. By signing up as a SCAMbassador I pledge to help make our constituency a scam-free constituency.”

Scams affect millions of people across the UK and cost consumers an estimated £5-10 billion of detriment of each year. Scams are a pervasive, criminal threat, which in addition to the financial damage can also cause serious detrimental, long-term psychological effects and ultimately destroy lives.

“It is fantastic to have such an influential figure in the community to help us tackle this problem on a local, regional and national level and I would encourage all those that are interested in showing their support to join the campaign and be part of our growing SCAMbassador network.”