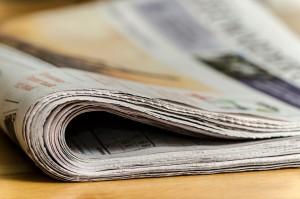 I know many of your thoughts have been with the debate on what to do in Syria. You, like me, will have considered what the right thing to do is and all of the moral dilemmas of military or other action. Indeed last week’s vote was one of the most poignant for me as your MP. The build-up, the near eleven hour debate, the aftermath of the vote and of course within hours – the bombs.

Terrorism affects us all. Paris affected us all. Images of children drowning on a Turkey beach affected us all. There isn’t one of us who doesn’t feel the anger and disgust for those who perpetrate these actions and heartache for those directly involved.

All of us should be focussed on the most effective ways to prevent terrorism and not repeat the mistakes of the past. I voted against the air strikes because the case put forward to initiate strikes was not made and the prospect simply joining other nations to drop even more bombs with the risk of civilian casualties was not justified.

Our reaction to terrorism, since 2001, has led the UK into three wars, cost billions of pounds, suspended values, turned a blind eye to torture and violated international law. To what end? There are more terrorists than ever before, in fact an army of them. They call themselves a “State” they are, of course, Daesh.

Reacting with more bombs, whilst having no plan, no commitment on what happens next is no way to undertake military action. Lessons have not been learned from previous, disastrous misadventures into the Middle East.

Just a few miles from here, brave men & women have already been deployed to join the host of other nations engaged in action. Yet despite being asked to put their lives in danger, they still do not know who they are being asked to fight alongside.  In fact it was conservative MP Julian Lewis, chairman of the Defence Committee who asked the Prime Minister: “Where are these magical 70,000 people and if they are there fighting, how come they haven’t been able to roll back Isil/Daesh? Is it that they’re in the wrong place? Is it that they’re fighting each other? Or is it that in reality they’re not all that moderate and that there are a lot of jihadists among them?”

Similarly, we asked what the plan is to tackle the propaganda machine that feeds Daesh. We live in an age where a smartphone can be as powerful a weapon as a gun and this piece of kit is standard issue. It is how they communicate, recruit and spread terror. A simple image or video, transmitted to millions of homes, instils fear, creates a reaction. Again, this question remain unanswered.

Those who voted for the airstrikes argued it is important to “be seen” to be “doing our bit”. We have tried that before, time and time again, it hasn’t worked. In the battle to defeat terrorism, simply joining the ranks of those dropping bombs, with the obvious risk to civilians, must never be the first resort.