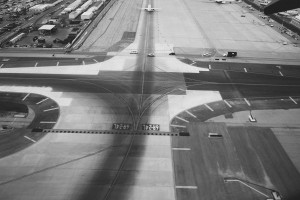 The UK Government is reported to be dithering and delaying once again on a crucial decision to develop a runway in the South East of England as they have been promising for some time. The Prime Minister said this summer that a decision over whether the runway would be built at Heathrow or Gatwick would be made before the end of this year.

Now there appears to be a bitter cabinet split over which airport should be expanded and there is speculation that any decision will be delayed by another six months – so hostile are some of the Prime Minister’s government colleagues to confirming the decision.

“It is ridiculous that The Prime Minister seems to be looking to delay this decision once more. He must step up and make a decision once and for all and not back track for fear of losing the London Mayoral elections or upsetting some of his MPs. This should not be a decision for party political reasons but for the right outcomes. It is in everyone’s interest that a decision one way or another is made.

“The UK position on airport expansion is an issue that holds a lot at stake for very many people from all positions on the matter. Such a large infrastructure decision affects many billions of pounds of commercial activity and impacts directly on the economies of the nations of the UK to a huge scale, not to mention the uncertainty caused to communities.  A further delay on a firm decision means that the UK will be an international laughing stock as other nations yet again steal a march on investment and business and people are stuck in the UK Government’s departure lounge to nowhere.

“The Prime Minister and his ministers, under pressure from our early questions in this Parliament, first promised a decision on Airport expansion by the autumn and then by “the end of the year”.  It now seems that he will try to wriggle out of a decision simply because he wants he wants to help his own party to win the London Mayoral election. This is yet another case of Cameron saying one thing and doing another for his own party’s advantage.”