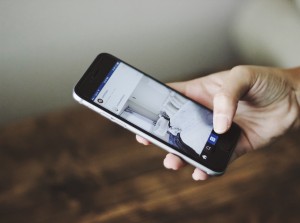 The Scottish National Party has today called for a “cast-iron commitment” from the UK government to act on the 4,500 miles of road across the UK where there is no mobile phone signal.

The MP for Inverness, Nairn, Badenoch and Strathspey raised the issue in the House of Commons today during Culture, Media and Sport questions.

Drew Hendry MP previously called for an “opt-out” for those who wish to get out of a mobile phone contract, usually 18-24 months, due to poor signal which won the support of regulator Ofcom.

“Across the UK there are some 4,500 miles of road that has absolutely no mobile phone coverage and 452 miles of those roads are in the Highlands which means that people travelling these routes can’t make or receive calls and can’t even send a text.

“What we need now is a cast-iron commitment from the UK government that these coverage blackspots will be plugged.

“Sufficient mobile coverage for the whole of the UK, particularly rural areas such as my own constituency in the north of Scotland, should be a top priority for the UK government in order to ensure the safety of those travelling for work and leisure or to aid the emergency services.

“For too long, poor mobile phone coverage has gone unchecked and we need to see immediate action from the Tories in addressing this.”