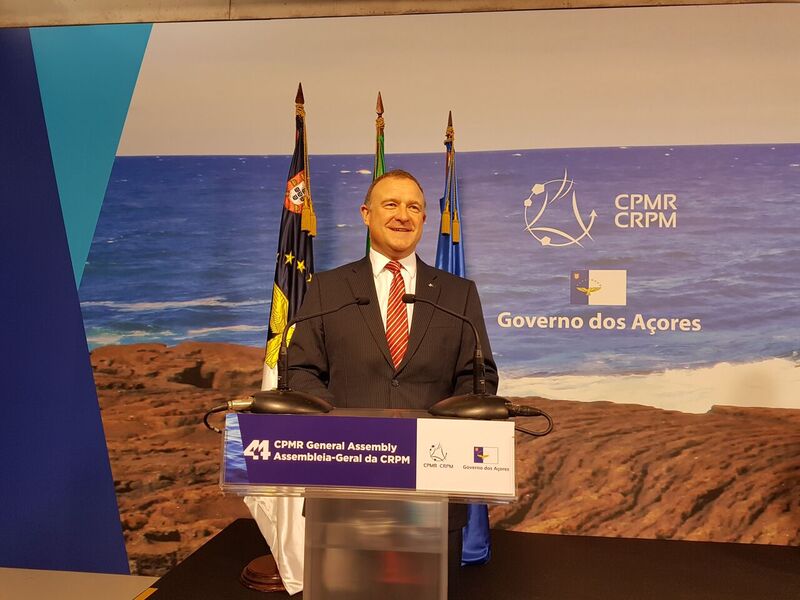 SNP MP, Drew Hendry, has today reaffirmed Scotland’s position as a strong European nation at the international Conference of Peripheral Maritime Regions of Europe in Portugal.

In his speech at the think-tank’s conference that hosted representatives from EU nations, Drew Hendry MP, also criticised the UK government for toxifying the debate on the EU, contrasted the way the debate has progressed in Scotland and highlighted the injustice of EU citizens in the UK being kept in limbo over their long term rights to stay.

The MP was invited to the conference to highlight Scotland’s role in the EU and to debate the economic and social challenges facing the EU, especially in light of the Prime Minister’s plan to trigger Article 50 early next year.

The conference was attended by representatives of 150 regions, representing 200 million people from maritime and peripheral regions across Europe and Scandinavia.

Drew Hendry also met the Portuguese Secretary of State for European Affairs and other EU representatives to discuss Scotland’s place in the EU.

“I would like to thank Mr Vasco Cordeiro, the President of CPMR, for inviting me to speak at the conference and for the opportunity to highlight many of the challenges facing Scotland as a result of the UK’s vote to leave the EU. It is a sign of the goodwill and friendship that exists towards Scotland amongst our partners in Europe and I was glad to be able to represent Scotland’s interests in the EU.

“It is very evident that the UK and the wider EU faces many challenges in the coming months and years. The impact of Brexit and the recent developments over the triggering of the Article 50 process has further clouded the issue. However, this conference has provided an opportunity to reaffirm to our European partners that amidst the political infighting on the right-wing Tory government benches, Scotland stands here as a strong and proud European maritime nation. We want to be a part of Europe and a partner in Europe.

“The EU is a force for good, for sharing ideas and good practices, for mutual respect and an unparalleled vehicle for peace – Scotland voted overwhelmingly to remain a member of the EU and the SNP are determined to ensure that Scotland’s voice is heard.”