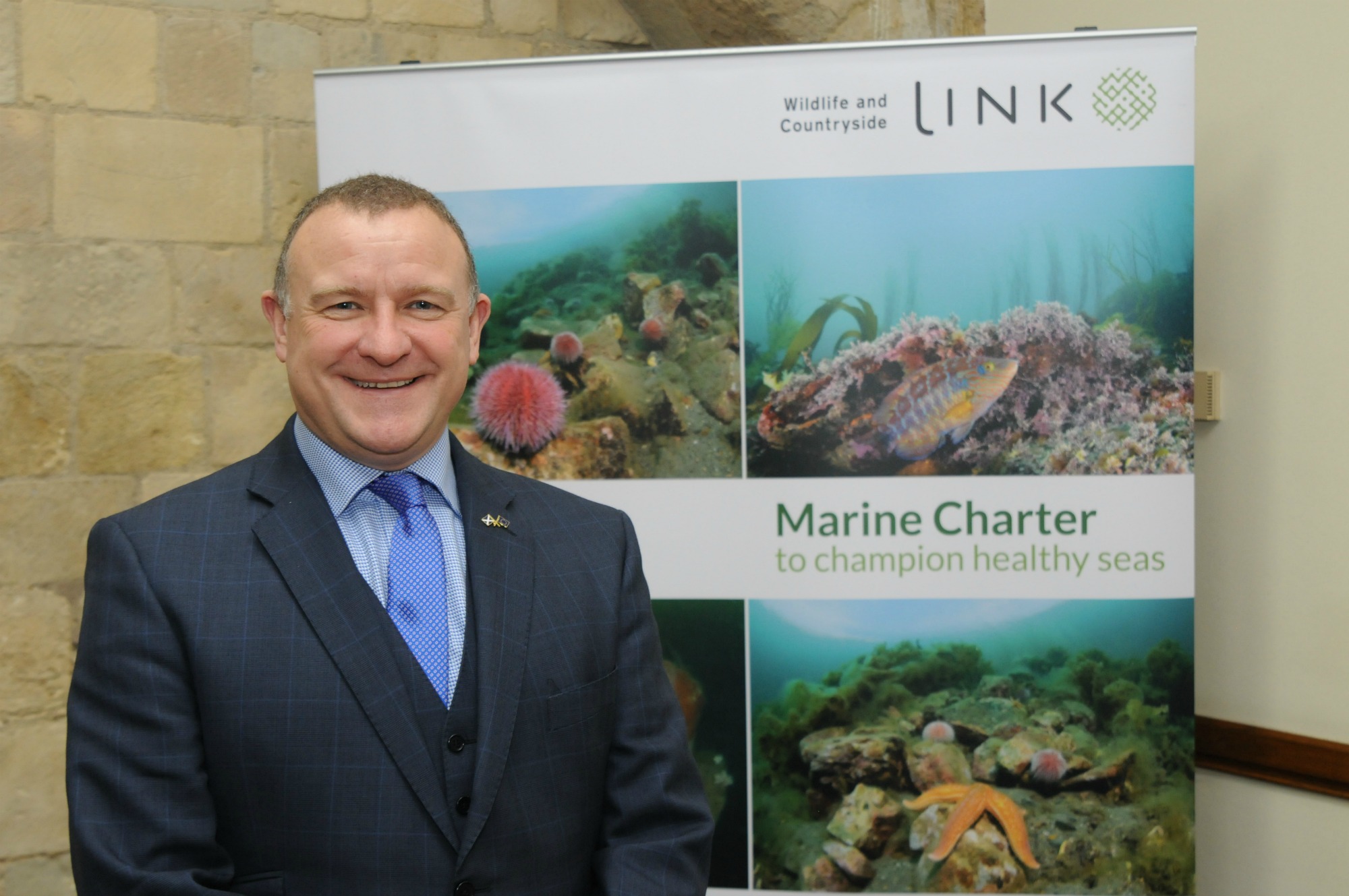 Drew Hendry, MP for Inverness, Nairn, Badenoch & Strathspey today showed his support for an ambitious third tranche of Marine Conservation Zones that will form part of the government’s commitment to completing a Blue Belt of protected areas in UK waters.  This third and final tranche is the last opportunity to protect seas rich in biodiversity and promote effective ocean management in UK waters.

Wildlife and Countryside Link, a coalition of 47 environmentally concerned voluntary organisations, held an in event in parliament today (14 December 2016) for MPs and Peers to commit their support for the Marine Charter. Parliamentarians had the chance to question marine specialists on the Charter and why a network of well-managed Marine Conservations Zones (MCZs) are vital to the future of our seas and the coastal communities who depend on them.

Late Summer  2017 the Government has confirmed they will be consulting on the third – and final – tranche of MCZ designation in English Seas and Secretary of State Waters. This is an opportunity to address current gaps in the network and ensure that there is sufficient protection for mobile species, such as marine mammals and seabirds, as well as ensuring a fully representative network of seabed habitats.