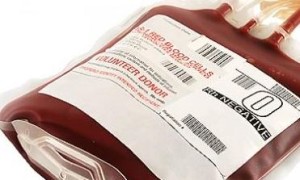 MP for Inverness, Nairn, Badenoch and Strathspey Drew Hendry has renewed calls for the UK Government to increase winter fuel payments for those who contracted HIV and hepatitis C as a result of contaminated NHS blood products in the 1970s and 1980s.

Health Minister Shona Robison wrote to UK Public Health Minister Jane Ellison in September to urge the UK Government to increase winter fuel payments – but is yet to receive a response.

Those affected by the scandal currently receive winter fuel payments between £300 and £500 per year from the Caxton Foundation but as the charity is UK-wide any increase to payments would have to be agreed by all four UK ministers.

Drew Hendry MP, who raised the issue during health questions in the House of Commons earlier this week said:

“Winter can be an especially difficult time for those who are infected – particularly those on lower incomes – and a number of my constituents have raised the issue of interim payments with me.

“The Scottish Government is doing everything it can to support those affected and an increase to fuel payments would provide crucial extra help when it is needed most.

“The UK Government is dragging its feet on the £25 million transitional compensation payments for those in receipt of infected blood products, it is vital that a firm commitment to supporting patients through this winter is made.

“Then UK ministers can get on with the business of getting a just and lasting settlement for the victims and their families.”