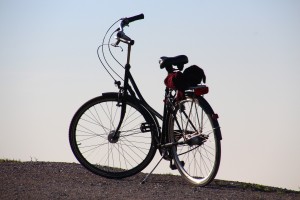 During the debate, Mr. Hendry praised Inverness based Velocity Café and bike workshop, as well as Scottish Government, Highland Council and Hi-Trans for their continued commitment to investment in cycling infrastructure.

“Inverness aims to be Scotland’s cycling city and already 5.6% of people make their journeys to work by bike. We also have four out of the top 10 council wards in Scotland for cycling to work.

“Investing in cycling infrastructure is a gate-way to improving progress in many areas, including improving health and well-being in children and adults, and tackling climate change.

“I am delighted that the Scottish Government recognise that such investment has a multitude of benefits for our communities. It is great that this investment is complimented by community projects such as those run by Velocity Café, for example the “Women’s Cycle to Health” to ensure that cycling becomes part of everyday life.

During the debate Mr. Hendry also praised the effects that cycling can have on peoples’ health and as well as their attitudes to their local community. He also highlighted studies that showed that cyclists spend more the in local shops that they are passing.

Link to video of the debate – http://goo.gl/kYfkKc